Two skydiver made history on Monday 23.9.13 by skydiving on opposite sides of the planet at exactly the same time.
Chuck Berry jumped with 0800skydive Hastings over his home country of New Zealand while Mike McGrath of Australia travelled to Skydive Lillo near Madrid, Spain to reach Chucks exact antipodal point.
“The idea is to have a little fun, help people think outside the box and do something that has been done before” said Mike McGrath.
The stunt, the first of its kind in the world, is technically called an “Antipodal Skydive” but the jumpers quickly nick named it the “Skydive Earth Sandwich Project” after the original Earth Sandwich idea by ZeFrank.
“Earth sandwiches have been made before but not from 14’000ft ” said Mike.
The jumps were timed for 18.15 in New Zealand and 8.15 in Spain and required months of planning, split second timing and pin point accuracy on both sides of the world so that each jumper could be falling towards each other at the same time.
“We couldn’t have done it without the pilots” said Chuck Berry “Both pilots (Bevan Dewes in NZ and Jonathon Gomez Larreina inSpain) did a amazing job of reaching their drop points within a few seconds of each other. No pilot in the world has ever had to do this before so this was an aviation first on several fronts”.
With help from The Surveying Company in New Zealand both points on the planet were marked to within a few centimetres and Chuck in New Zealand landed right on the mark.
The pair will be working with Internet start-up GPS4sport on another world first to present both jumps in YouTube and Google Earth simultaneously.
For more information visit:
https://canwefly.com/antipodal-skydive/
https://m.facebook.com/pages/Skydive-Earth-Sandwich-Project 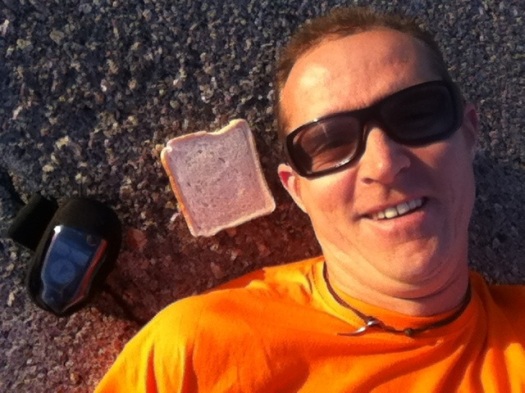 Mike McGrath on one side of the earth sandwich

Skydiver Chuck Berry gear up before the jump 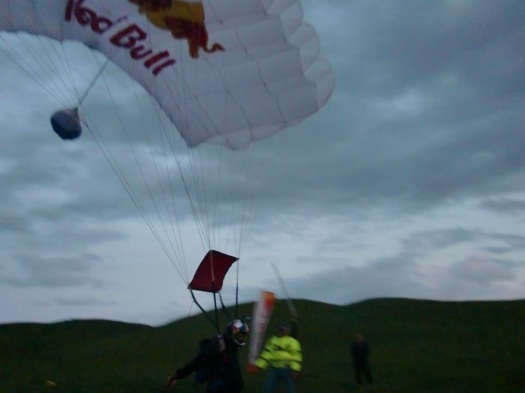 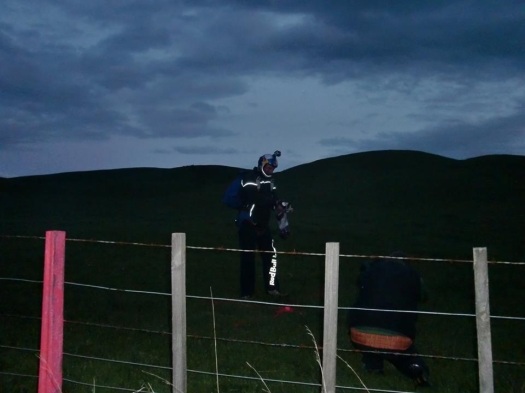